“AMS keeps it cool”, in the latest CERN Courier

“AMS keeps it cool”, in the latest CERN Courier 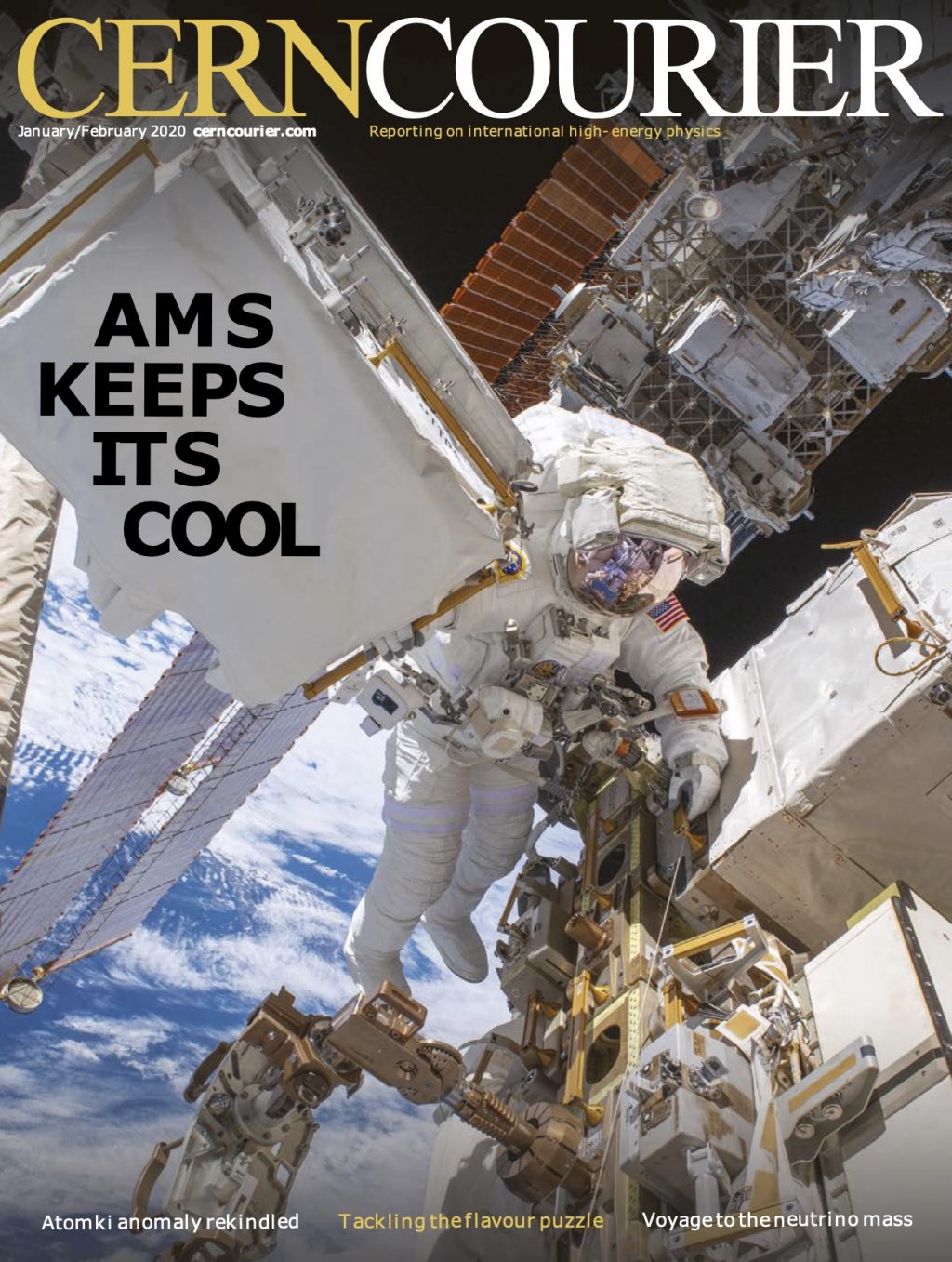 On the cover of the lastest issue of CERN Courier, NASA astronaut Drew Morgan is photographed 400 km above Earth’s surface installing a new coolant system for the Alpha Magnetic Spectrometer, AMS, during a crucial spacewalk on 2 December. ESA’s astronaut Luca Parmitano appears in the picture on page 5 of the courier, attached to a robotic arm of the ISS on 2 December, handling the new pump system for the AMS detector. The new coolant system (which was delivered by an Antares rocket on 2 November) will extend the lifetime of AMS until the end of the decade, allowing more conclusive statements to be made about the origin of the unexpected observations. A full report on the unprecedented AMS intervention – and a taste of the experiment’s latest results – will appear on cerncourier.com following the final extravehicular activity by Drew and his colleagues in mid-January. The digital PDF edition of the CERN Courier is available on the web. The editorial of the latest number is below, by Matthew Chalmers:

Extending the life of a unique experiment

It’s not often that CERN Courier has the opportunity to fea- ture an astronaut on its cover, but events unfolding 400 km above Earth’s surface in recent weeks more than merit such a decision. Photographed on 2 December, NASA astronaut Drew Morgan is seen installing a new coolant system for the Alpha Magnetic Spectrometer (AMS) – the unique cosmic-ray detector masterminded by charm–quark co-discoverer Sam Ting of MIT and assembled by an international team at CERN. AMS has been attached to the International Space Station (ISS) since 2011 and initially was intended to operate for three years. Never designed to be serviceable, some 25 bespoke tools had to be developed for the procedure, which involved four high- profile extravehicular activities (EVAs) and years of preparation involving hundreds of astronauts, engineers and scientists on the ground. It is deemed one of the most complex interventions in space since repairs to the Hubble Space Telescope and will keep AMS operating until the end of the decade. Equipped with a transition-radiation detector, a silicon tracker embedded in a 0.15 T magnet, a time-of-flight detector, ring-imaging Cherenkov detector and an electromagnetic calo- rimeter, AMS looks like something you would find underground at the business-end of a particle beam. In the pristine environment of space, the7.5 tonn eapparatus tracks and measures particles from the depths of the universe, and so far its 300,000 channels have clocked up almost 150 billion charged cosmic rays with energies up to the multi-TeV range.

Its percent-level results, in particular showing a clear excess in the expected number of positrons at high energies, contradict conventional understanding (CERN Courier December 2016 p26). A further 10 years of operation should allow AMS to make conclusive state- ments on the origin of the unexpected observations.
To that end, on 2 November 2019 an Antares rocket lifted off from Wallops Island, Virginia, carrying new CO2 cooling pumps for the AMS tracker, following the failure of three of the four orig- inal pumps. On 15 November Morgan and European Space Agency astronaut Luca Parmitano (pictured above right) successfully removed and jettisoned the AMS debris shield, and, one week later, the pair cut through eight stainless-steel lines to isolate the